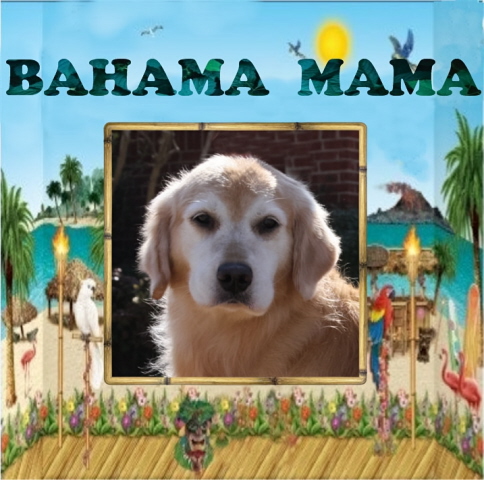 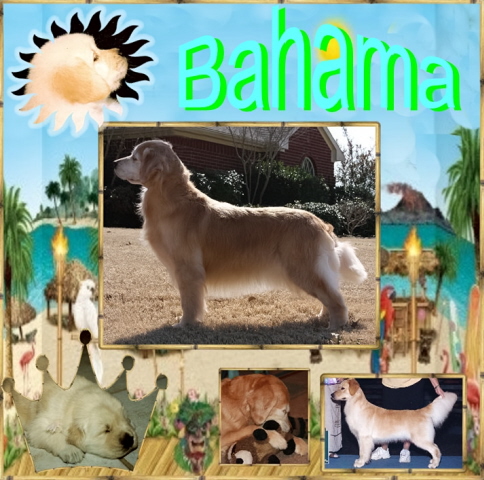 Achievements:
Champion Bravo’s Bahama Mama is out of the repeat breeding of the Dixie x Strider litter. This would be the alcoholic beverage litter … what fun we had coming up with registered names for these wonderful babies 🙂

What a dream Bahama was in the ring … she absolutely loved it and it showed. Her first week-end out Bahama received Reserve Winners, from the six to nine month puppy class. Her next outing was at the Astro Hall Shows in Houston, where Bahama won Best In Sweepstakes and received two major reserves from the puppy class. She finally broke her “reserve princess” record and won Winners Bitch/Best of Winners from the Bred-by-Exhibitor class under Ms. Patricia D. Miller.

Bahama continued to amaze us when she placed third in a huge nine to twelve puppy class at the GRCA National Specialty in Rhode Island. Both of Bahama’s majors were from the Bred-by-Exhibitor class and we finished her championship when she was just a little over two with selective showing.

We have several Bahama daughters that are just waiting to enter the show ring and we are so proud of each of them! CH Bravo’s Bahama Mama is one of those dogs that would do anything you ask of her … but first you have to get her off the couch … she reminds me so much of her mother, Dixie!!!